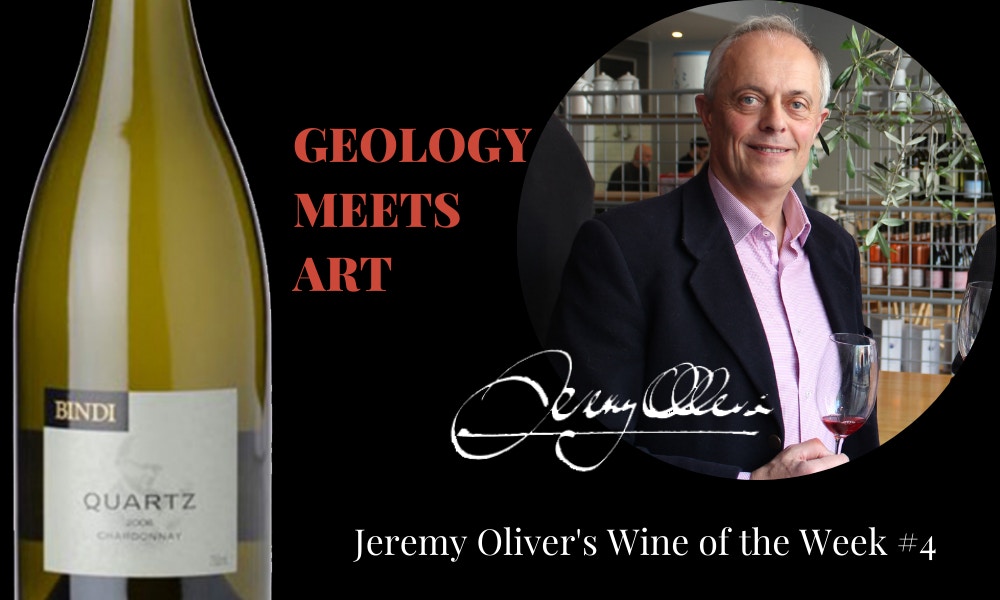 My Wine of the Week this week is an accomplished chardonnay from the Macedon Ranges which came from a vineyard planted by a guy who used to babysit me in my pre-school days and, whose planting was inspired by my next door neighbour of the time, a Lithuanian nuclear physicist who had worked on the Geiger Counter.

So it had better be good.

Fortunately, while neither Bill Dhillon, the ex-Ballarat Grammar student of the 1960s and Kostas Rind, who headed the same school’s physics department throughout the 1960s and 1970s are no longer with us – and sadly missed for many a reason – Bill’s son Michael Dhillon has inherited every bit of his father’s ambition to make wine for the heavens by looking straight down at the ground.

The Bindi vineyard in Victoria’s Macedon Ranges, was first developed in 1988 but has steadily expanded, Singapore-like, onto new treasured soils that were not originally thought to exist. Much of the site is found on volcanic loam with a high quartz content. Yields are deliberately low and recent plantings are amongst the closest in the wine world. Bindi’s wines are given every chance to reflect their unique sites and sub-sites.

Bindi’s Quartz Chardonnay from 2017 does precisely that. Faithfully echoing its half-hectare site’s special profile, it’s floral and layered, mineral and textural. Some smart winemaking has introduced funky, mealy aspects to its rich core of peach, grapefruit and melon, while undertones of lime, cashew and nougat, clove and cinnamon provide charm and complexity. It’s long, chewy and complete, unfolding generous layers of fruit, oak, minerals and smoky complexity before a savoury finish of briny acids.

In other words, it’s not a chardonnay for the kids, so keep it out of their sight. Modern kids might be many things, but stupid is not one of them. It’s also about $95 per bottle, but if this is an issue, you’re not really getting what I’m trying to say.