A Guide To Italy 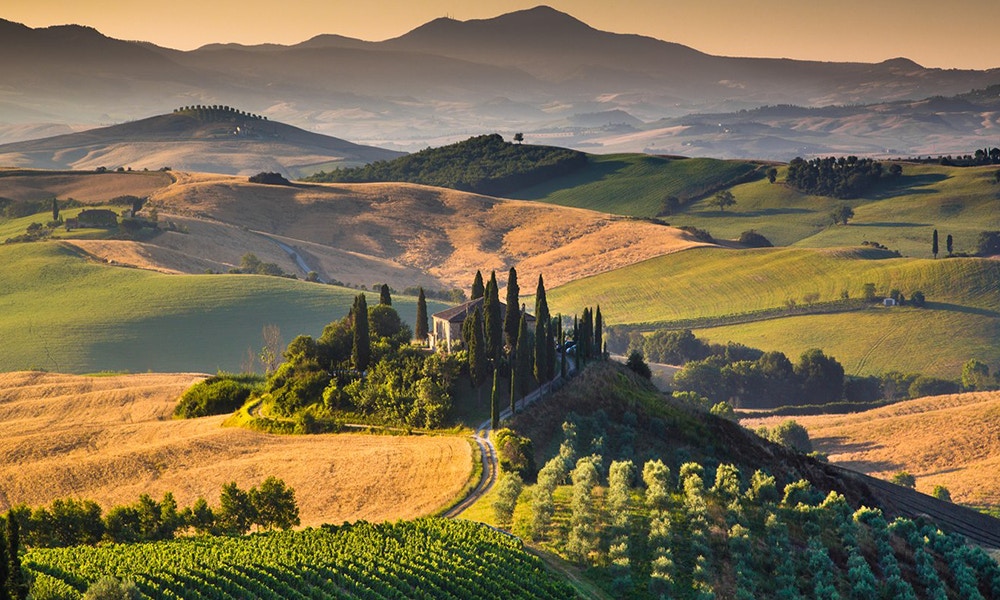 Italy produces more wine than any other country, accounting for a third of the world’s wine. Italian wine production started around 4,000 years ago and is home to around 2,000 grape varieties.

The warm Mediterranean climate, rich soils, passionate growers and producers make Italy the perfect place for wine production. There are 20 wine regions in Italy and grapes are grown all over the country with more than one million vineyards under cultivation. The select few wine regions that are the clear front runners are:

This could be considered the most popular wine region in Italy and is synonymous with some of Italy’s most popular red wines: Barolo and Barbaresco which are both created using Nebbiolo, the regions native wine. Red wine makes up 65% of the wine coming from Piedmont with Barbera, Nebbiolo and Dolcetto also quite popular. 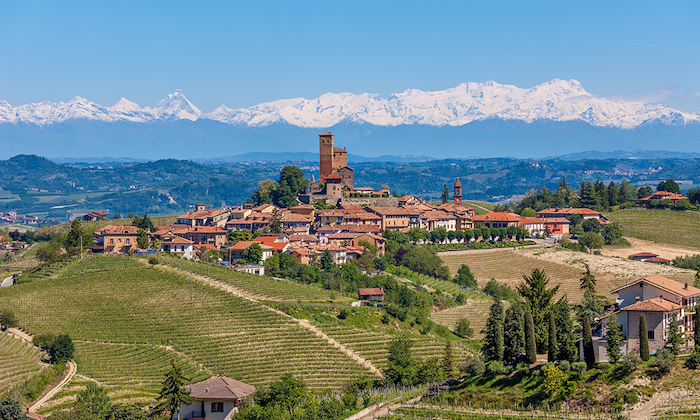 Arguably has some of the most beautiful Vineyards in Italy. Chianti, made from Sangiovese grapes, would be the best-known wine for this region and has been produced here since the 8th century BC. The taste of these native grapes can vary due to the conditions in which they were grown, so the flavours range from earthy to fruity. ‘Super Tuscans’ represent a unique wine that is blended with Sangiovese and Cabernet Sauvignon or Merlot as-well as other Bordeaux varietals. 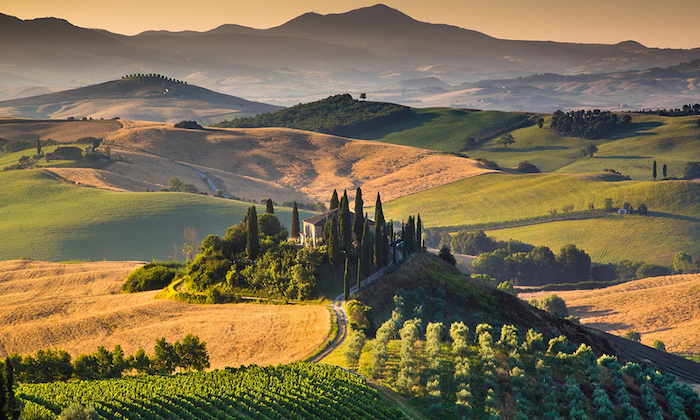 This region has the right climate and location in terms of winemaking and is becoming increasingly popular, particularly since the 20th Century where there has been more wine produced in this region than any other region in Italy. The very popular Prosecco originates form this lovely region as-well as Valpolicella and Soave. Out of the 12 grapes plated in Veneto, Glera is the most popular followed by Garganega and Pinot Grigio. 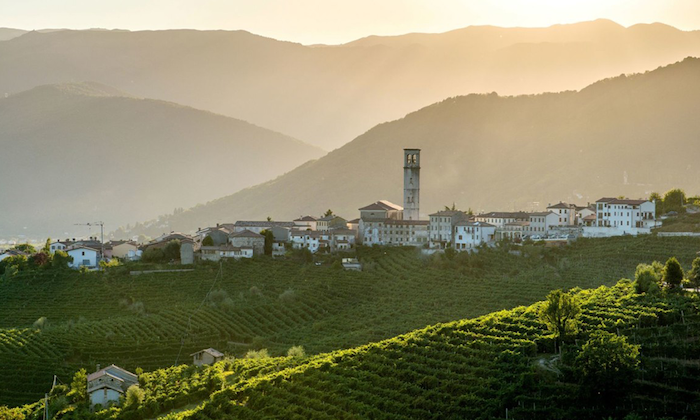 Some of the wine grapes that Italy is best known for include:

Sangiovese - A grape that has many names planted throughout Italy. Sangiovese is the main grape of Chianti and Brunello di Montalcino in Tuscany.
Montepulciano - A grape which is commonly grown in Central and Southern Italy. This can be confused with vino Nobile de Montepulciano which is actually Sangiovese from the city of Montepulciano in Tuscany. Montepuliciano d’Abruzzo is a dark rustic wine with full body, black pepper spice and high tannin.
Trebbiano - aka Ugni Blanc which is Italy’s most planted white wine grape and is the same grape used to make Cognac and Balsamic Vinegar. Trebbiano can be found in white wines all over Italy as a blend. It’s called Orvieto DOC in Umbria.
Barbera - A dark-skinned grape producing wines with lower tannin & high acidity grown mostly in Piedmont.
Prosecco - Italy’s most popular sparkling wine and hails from the Veneto and Friuli Regions with an estimated 150 million bottles produced annually. Predominantly made from Glera grapes, with a light and fruity taste and cheaper than Champagne.
Pinot Grigio - thought to be a mutation of the Pinot Noir variety which is a pale red-grey coloured grape is of French origin Pinot Gris and is the most familiar zesty Italian white wine grape. It is grown mostly in Alto Adige, Friuli and Lombardy, where it is known as Oltrepò Pavese.
Vermentino - hails from Italy’s Liguria region and the Mediterranean Islands of Sardinia and Corsica. A light to medium bodied white whose profile has been compared to Sauvignon Blanc, Pinot Grigio and Riesling.
Nebbiolo - A grape that is known for the lightly coloured, high tannin wines of Barolo and Barbaresco in Piedmont.
Italian wines are wonderfully diverse and, with an abundance of grape varieties and 20 uniquely designated wine growing regions, there are many wines to choose from. 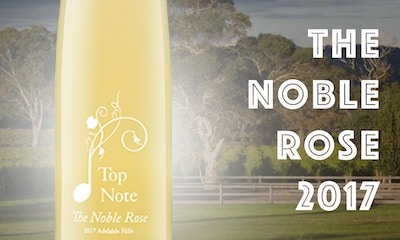