It’s perhaps taken me a decade or two longer than it might have, but I have finally convinced myself that McLaren Vale deserves a place amongst the top four cabernet regions in Australia. Well, fourth place, actually, behind Margaret River, Coonawarra and the Yarra Valley, but that’s still fourth out of what in reality is about eighty or so regions, officially recognised as such or not. Not a bad effort, especially for a region that has struggled for identity for some time – should it be known for its shiraz, its Mediterranean varieties, or (going back many a year) its fortifieds?

Without suggesting for a moment that you should only focus on McLaren Vale for its cabernet, do consider that it regularly churns out very fine examples such as d’Arenberg’s The Coppermine Road, the trio made by Coriole, Chapel Hill’s consistently fine release, Primo’s Joseph Moda and Zamberlan (with a splash of sangiovese), the Tintara, Reynella’s wonderful Basket Pressed releases, the affordable Hut Block from Richard Hamilton, Wirra Wirra’s Angelus and bargain Church Block plus the Trueman from Hickinbotham. And I cut my drinking teeth on the wonderfully juicy and elegant Cabernet Sauvignon under the sadly extinct Seaview label. Convinced?

Current news is also that people are buying more wine than ever but are being very bargain-conscious about it. Which brings me to my Wine of the Week – the Angove Family Crest Cabernet Sauvignon 2017, a wine you can own for something around $20. It’s everything you could want from a really good McLaren Vale cabernet – a deep expression of intense varietal fruit with a first-rate structure and the ability to age over some distance.

Long, smooth and polished, this measured, evenly paced cabernet reveals a dusty, cedary bouquet of bright blackberry, cassis, cedar and vanilla aromas backed by a hint of graphite. Supported by a fine, gravelly spine, it extends with drive and balance, soaking up some smoky oak and finishing with a hint of cigarbox. A stable, long-term red of excellent style and outrageous value.

So there you have it. From one of our four top cabernet regions there’s a pretty serious red for a $20 bill. And winter’s just around the corner. 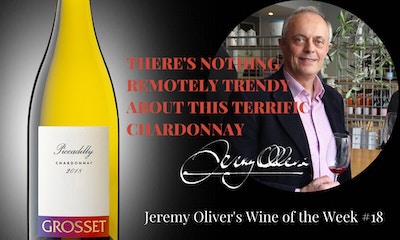