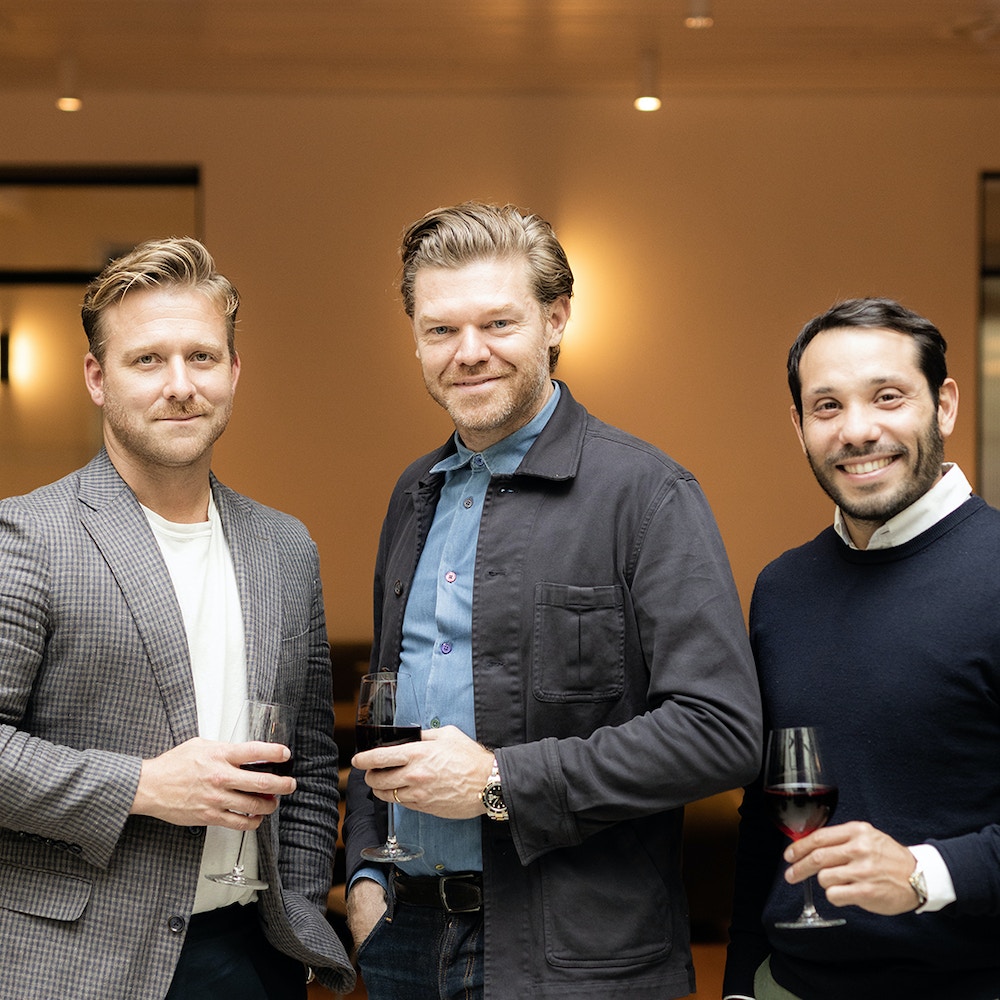 CellarSpace’s story began in 2016, when a group of wine enthusiasts came together to create a marketplace that connects wine-lovers with unique, carefully-cellared wines. Since its initial launch 6 years ago, some of the characters have changed as new team members have come aboard, while others have gone onto new projects. However, our dedication to sourcing extraordinary wines remains a central theme in our tale.

This year marks a change for CellarSpace, and with the recent redesign and relaunch of our website we’ve entered a new chapter in the business’ story, with exciting new developments, an evolving cast of curators and more incredible wines. To learn what this new vision for CellarSpace entails, we recently caught up with the people leading the charge: CellarSpace’s CEO, Andy Ryan, our General Manager, Scott Tindall, and Head of eCommerce, Mariano Favia.

Speaking with the CellarSpace team, it’s clear they each have a special relationship with wine. Andy’s interest in wine developed through work in hospitality, but was crystalised with his family’s involvement with Mitchelton Winery in Nagambie. “I was always interested in hospitality and in wine…but once we got involved in Mitchelton, while hospitality played an important part, I really got sucked in by the wine and the whole process; it's like romantic farming.”

For Scott, his love for wine grew out of the appreciation for fine Australian wines that he shares with his own father and father-in-law ‒ “my dad grew up in the 'big Barossa shiraz' era and had his own cellar when I was growing up, so that sparked an interest in wine for me.” Over time his enjoyment has evolved through a great understanding of the work that goes into making a wine: “I love the agricultural side of it…the romance and the story behind it.”

Mariano similarly grew up with wine. Originally from Argentina, he was exposed to excellent food and wine from a young age. “Argentina is one of the few countries that drinks more wine than beer. I grew up with wine; it was everywhere and that's probably what inspired my interest in wine,” says Mariano. And after relocating to Australia, this only deepened: “I think that I'm also in the country with the best wine in the world, Australia, and from the country with the best meat, Argentina. It’s a good combination.”

It is this personal connection with wine that informs their vision for CellarSpace, and the sense of occasion and intrigue that a great bottle evokes is a central theme. “Our focus is very much on bringing to life the occasion and the stories behind a wine; featuring the producers and the people curating the wine list together as much as possible,” says Scott.

This is a defining feature of CellarSpace’s range: “these are wines that you cannot get just anywhere; they're boutique and unique,” says Mariano. “Our careful curation shows respect for these wines, some of which will never be manufactured again. So, this uniqueness is what CellarSpace will bring to the customer.”

Another point of difference is how CellarSpace sources these extraordinary wines. Instead of selling wine directly, the team establishes relationships with sommeliers, boutique wineries, well-regarded private collectors and other industry experts to create a proper wine marketplace, bringing together a rare and unusual range of wines in one easily accessible location. “It's a key point of our difference,” says Andy, “it's really the curators and trade partners behind it as well. CellarSpace is about opening up private cellars, as well as certain restaurant cellars that didn't want to lose their allocation.”

This is a common problem for enthusiasts with older collections, says Andy: “as your tastes change, that wine you’ve collected for 20 years, may no longer be what you’re into, say, big shirazes. Maybe you prefer Burgundy and great pinots now. These collectors go “Jeez, I've got a lot of wine. I'm not going to drink it.” So CellarSpace presents an opportunity to really realise that investment and patience and make it accessible to other wine lovers.”

In its latest form, CellarSpace has adopted a more editorial aesthetic “We want our customers to enjoy the CellarSpace experience, for it to be more of a lifestyle piece” says Andy. “We wanted to offer something beautifully designed and functional, but that doesn't feel like it's just a transactional wine website.” Afterall, the range of wines that CellarSpace source are hardly transactional products: they’re rich with character and nuance, with fascinating origins and stories; they’re wines to enjoy on special occasions, with friends and family; above all, they’re wines for wine lovers.

Whether you’ve been with us from the beginning or are new to CellarSpace, we’re excited to have you with us and look forward to seeing how our story will unfold together.