Find a Cellar Blog
‹ back
Home
Blog
Jeremy Oliver
Sommeliers - who are you really trying to please?

Sommeliers - who are you really trying to please? 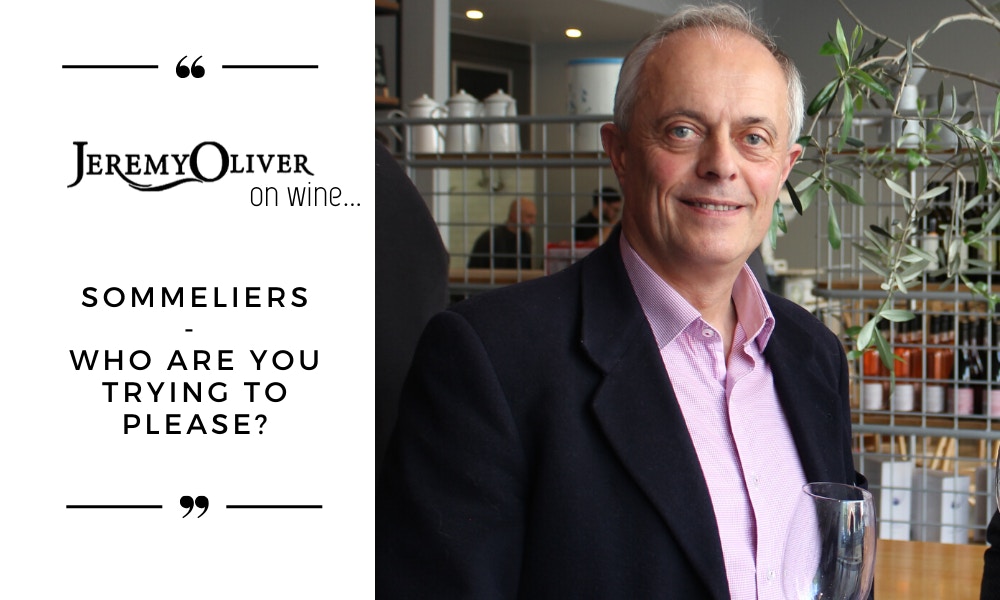 I think that the job of a sommelier is to provide a wine list that offers a range of delicious choices for clients to choose from, at a range of different price points, and with an emphasis on the easy pairing of wines from the list with the cuisine from the kitchen.

The list should contain some popular standbys so every customer can recognise something and not make a dill of themselves in front of someone they’re trying to impress, it should be simple to navigate and should take less than a few minutes to scan through. Special, pricey and back vintage wines can be listed separately for those who want them. There’s little worse than having to wade painstakingly through a document the size of the Old Testament to find something of appropriate style and budget – it’s frustrating for the chooser and is totally boring for anyone else at the same table.

All of which means that most sommeliers and I don’t exactly see eye to eye.

In fact, I’d suggest that far too many sommeliers consider the lists they create as their battle arsenal, in much the way my son used to do when acquiring ‘skills’ and weaponry while playing World of Warcraft. You acquire more and more of these, and in doing so strive to become the biggest, baddest and roughest in town. That’s the only possible explanation I can give for the presence on so many ‘premier’ restaurant lists of so many bizarre and strangely fashioned wines of questionable or even appalling quality. There’s a posh place in Sydney with eight different Aligotés de Bourgogne, none of which actually sell. It’s an arms race out there.

Time and again I end up having to ask for guidance – just to find something I’m able to drink. These days, with the over-abundance in many red wines of pointless and unbalanced stalk content, plus the last vestiges of the recent trend in which cool-climate chardonnay was not meant to have any flavour, it’s nearly inevitable that I hand the wine straight back. And that’s without the issue of being served a so-called ‘natural’ wine when you haven’t asked for one…

The best sommeliers are those who make their clients happy. They’re not using their lists in an endless game of one-up-man-ship to show their mates and peers how talented they are. From time to time at CellarSpace I’ll be highlighting the work of these true professionals at their craft.