Find a Cellar Blog
‹ back
Home
Blog
Jeremy Oliver
Terroir – is everyone really a winner?

Terroir – is everyone really a winner? 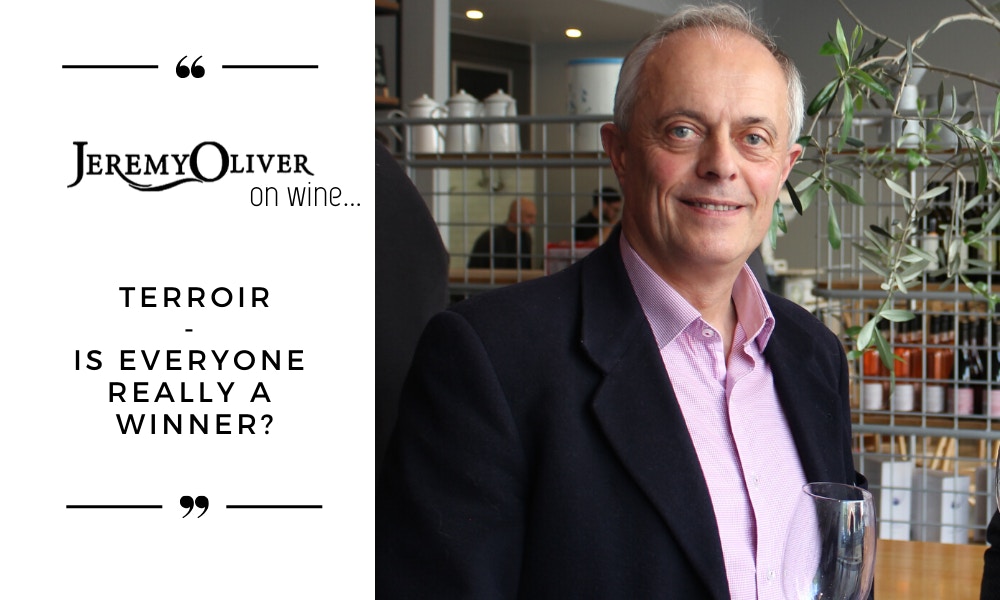 More than one in two Poms believe that the most over-used term in winespeak, ‘terroir’, is either a small breed of canine or a genre of French horror film. That’s according to a recent Decanter report of a survey of 2,000 Britons conducted by the Wine & Spirit Education Trust. Is that a good or a bad thing? Personally, I’m not sure.

When handsomely less than 5% of all wines made even come close to reflecting its influence, why do more than a measured 34% of Britons need to connect the word ‘terroir’ with wine? I don’t know. Or do you just throw the term around these days when you can’t think of anything else to say? On that point my advice to friends was always to answer slowly and studiously and just say the wine is very interesting. Perhaps today instead one simply furrows a brow and muses on the purity of its reflection of terroir.

Which must be a good idea, since that’s precisely what you read on at least 50% of modern back labels. But what does it mean? Is it important? And which wines actually do reflect terroir?

Bringing it back to basics, ‘terroir’ refers to the very specific and individual influences that impact, be they geologically, meteorologically or viticulturally on a defined and consistent (and therefore relatively small) area of grapevines. It’s about the dirt, the slope, the climate and the growing conditions (often determined by humankind) that give these small, particular parcels of vines their ability to deliver wines that are genuinely unique and reflective of only their very precise origin.

It’s perhaps obvious that a wine must be well enough made to be able to truly reflect its site. But what eludes most advocates of terroir is that the overwhelming majority of vineyards are simply not good enough to have a terroir for their wines to reflect. Which is of course why so many taste the same.

That every wine reflects its terroir makes the same sense as the current doctrine that every participant wins in sport, in life and in anything, actually. It’s no different with vineyards, many of which, in whatever country, should never have been planted in the first place. But some, because of a freakish combination of geological, meteorological and viticultural influences, are so extraordinary and unique they deserve a World Heritage Listing. Which is what the Europeans have kind of done with their historic vineyard classifications in regions like Burgundy that rate all the vineyards by quality alone. A mere 10% of Burgundian vineyards are classified as Premier Cru, and tiny 2% get the top-of-the-range Grand Cru tag. That’s just 12% in total, in one of the greatest wine regions on this planet.

So, next time you’re browsing a back label of an over-ripened $20 shiraz that tastes exactly the same as the $20 shiraz made by each of its neighbours but is apparently so expressive in the terroir department that you might as well be gnawing on its mineral subsoil, it’s perhaps fair to conclude that it was written by an Englishman who either owns a dog or watches horror films.

And of course I’m allowed to say that kind of thing in an Ashes Year.

Wines that reflect their Terroir: