Find a Cellar Blog
‹ back
Home
Blog
Jeremy Oliver
The cork in the bottle is tainted, but do I tell you?

I was in NZ a short time ago week where I judged at the Hawkes Bay wine show. Chairman of judges was Rod Easthope, a wonderful bloke and winemaker, who declared that any bottle of wine we encountered that was affected by cork taint should be scored as such. A second bottle – likely to be very different – would not be requested in this instance. In other words, even while knowing the issue was related to the seal and not to the wine, we’d score it accordingly.

Why? Because that same bottle could have been bought by a consumer, and that consumer might not have recognised it for the cork-related issue it actually was. In other words, given that the wine producer chose a seal with inherent risk attached, why should a wine judge artificially protect the consumer from that risk?

I have just opened a bottle of Yalumba Hand Picked Eden Valley Shiraz Viognier 2016. It is not a cheap wine. It was sealed with a cork. So I pulled the cork and sniffed it to be greeted by the tell-all odour of rotting wet cardboard, the classic indicator of cork taint. Reluctantly then, I tasted the wine, which scored 3 out of 4 according to the cork taint scale developed by the Australian Wine Research Institute, about which I know rather a little.

All of which creates a new-found dilemma for me. For in the past I would, instead of writing these words, have phoned the publicity department at Yalumba requesting another bottle to taste, in the hope I would then receive a non-cork-affected sample.

But now I wonder in this post-Easthope period of my life, why would I bother? You, dear reader, might have picked up this very bottle in a wine store and found it neither to your taste nor expectation, but what conclusion would you draw? That all Yalumba wine is no good? Or just that this bottle is affected by cork taint and that the retailer will replace it? It depends on your level of knowledge and how much as a consumer you’re prepared to test it.

Continuing this line of thought, why should I as a critic pander to the choice made by Yalumba’s marketing team for their choice of seal? Why should I give them an allowance I wouldn’t give to the countless wine brands who choose screwcaps ahead of cork? If I ask for another bottle am I, as a critic, being fair and equal to all the players in the industry whose products I criticise?

Tricky, huh? Or maybe it’s not so tricky. I have always said that as a critic I work for the buyer, not the seller. So, should I write up this wine as it showed itself to me just now?

I’m still not sure. What on earth do you think??? 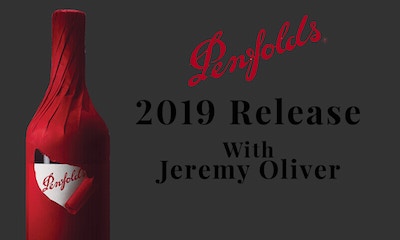 At its new, earlier release time, Penfolds has released its new collection, bringing the launch of its flagship Grange back to four and a half years....

Is there such thing as a decent Pinot Noir that will cost $25 or less? Jeremy's task today was to find out. ...