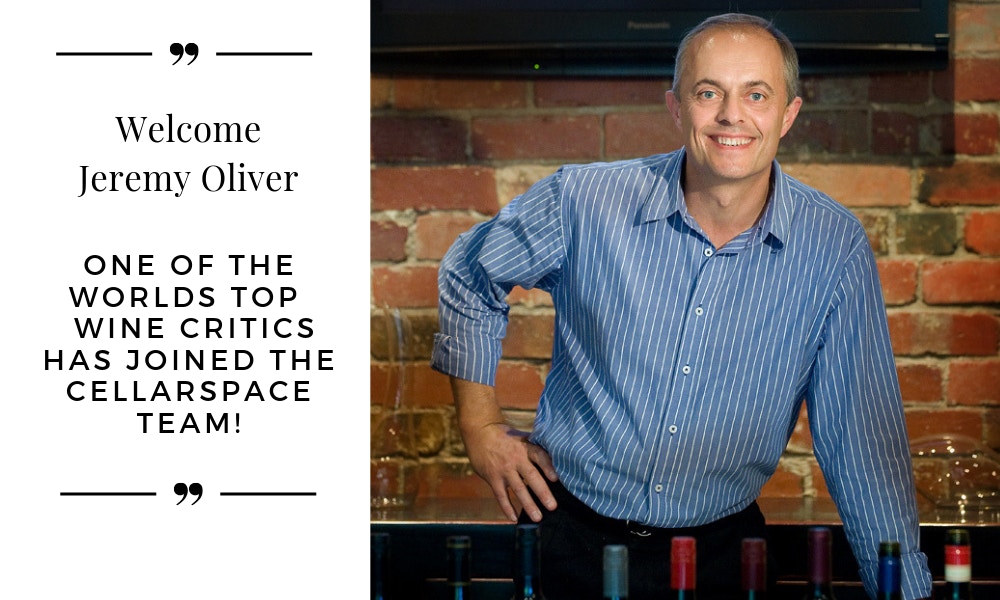 CellarSpace is pleased to announce that independent wine writer and critic, Jeremy Oliver, one of the World’s Top 20 Best Wine Critics, has joined the team as editor-at-large. Our CEO, Darren Campbell, said “Jeremy is the nation’s leading independent wine writer and critic and most importantly for us has a track record of being critical when the occasion demands – even with the most famous brands. He is deeply committed to Australian wine and is completely honest and upfront with his opinion, which is exactly what our wine tribe expects.”

Jeremy Oliver, who has authored 30 wine books and written for dozens of publications in Australia, the UK, the US, Europe and Asia, and has made hundreds of appearances on radio and television, is delighted to join the CellarSpace tribe. “I’m thrilled to be joining up with a platform that values independence and opinion”, said Jeremy Oliver. “I have always written for wine drinkers ahead of wine makers and that’s what CellarSpace wants from me. I look forward to helping it become Australia’s leading online wine platform.”

Visitors to CellarSpace will easily find Jeremy’s articles, blogs, tasting notes and ratings on the site. First up will be a report on the latest Penfolds release, with professional tasting notes on each wine. Beginning his career by becoming at 23 the world’s youngest wine author, Jeremy has since become the first westerner to publish a wine book for the Chinese market in its own language and a pioneer of online wine educational TV in China. He was recently named in the Top 20 Best Wine Critics of the World by BWW-The Best Wine of the World competition.